If at some point in life, you made a mistake or kept failing over and over again, and you can’t help but think it’s useless and you’re a good for nothing; remember, you’re only taking a detour. And I’m sure further along your path there will come a day where you think, “It was a good life experience.” That’s why it’ll be fine.

I’m bringing this old review back to life (no pun intended) because this series has finally reached its end and I really miss it (especially after watching ReLife: The Final Arc, which recently released in the States). Plus, I didn’t think my mini-review on Goodreads in 2016 conveyed my thoughts well enough or gave this incredible series the spotlight it deserves.

This was the only manga (or I guess I should say webtoon) that I followed so faithfully every Sunday for several years.

Before my first fall semester of pharmacy school, (no clue why I thought this was a good idea but) I had a fabulous one day anime marathon of ReLife (because for some unknown reason the entire season was leaked by TMS Entertainment in one night). I had such a fun time with the show that I immediately had to do some research and found the webtoon to further indulge in the engaging storyline. And, no surprise, I found the manga to be even better!

ReLife follows the story of 27 year old Arata Kaizaki, a guy that can’t find a job due to his departure from his previous employer only three months after employment. Then he meets Ryou Yoake who offers Arata a second chance through a program called ReLife. ReLife is designed to reintroduce NEETs (Those “Not in Education, Employment, and Training”) back into society by physically transforming them (via a pill) into their youthful forms and having them return to high school, where the company believes the root of many NEETs’ problems began, for one year. During the experiment, the subjects actually attend a real high school with real young students, and all expenses are covered. At the end of the one year study, all evidence of the subject’s existence will be erased from his/her peers’ memories. The only catch is that the subjects are not allowed to talk about the company, program, or process; and if they do, the experiment will end and the subject’s memory will be erased.

END_OF_DOCUMENT_TOKEN_TO_BE_REPLACED

Hi there! I’ve wanted to do a post like this for some time now and if you’ve been following me on Instagram, you’d know that I haven’t read that many books since 2018 started. Instead, I’ve resorted to reading more manga and comics.

It might be hard to believe but I actually wasn’t always into this genre. In fact, it wasn’t until high school did I read my very first one, which was Vampire Knight (good times, lol). And back then, I wasn’t even completely on board because up until last year I had only completed about a handful of series. Anyway, I’m not sure what was the catalyst for this somewhat sudden interest but here’s a look of my current collection.

As for favorites… I read a lot of the more romantic ones or shoujo (stories that are targeted for young girls). I really love Dengeki Daisy, Tsubaki-chou Lonely Planet (ongoing), Horimiya (ongoing), ReLife, and Skip Beat (ongoing). (If I’m being totally the honest, the last one is dragging a bit being one that’s been ongoing for over fifteen years; I’m ready for some closure. >.>)

Anyhow, I hope you guys enjoy the photos as much as I had fun taking them! I’m so proud of these shelves, honestly. :’) 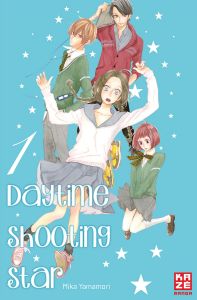 – read the bold text only to avoid major SPOILERS –

Daytime Shooting Star is a high school romance centering around the story of a teenage girl named Suzume Yosano that moves to Tokyo from a small town to reside with her uncle after her father’s job transfer. Upon her arrival to the city she meets a mysterious young gentleman that helps her reach her uncle’s place. Though she learns that this man is an acquaintance of her uncle’s she remains skeptical of this happy go lucky guy and tries to avoid him after their first encounter… but it looks like this will be harder done than said considering he’s her homeroom teacher at her new school. 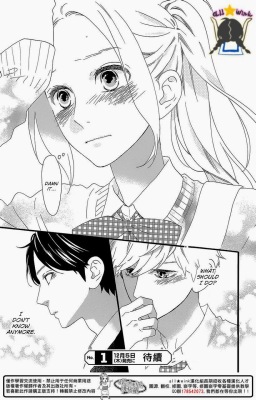 Having read the entire series-all 12 volumes (which is roughly 80 chapters)-in the span of three days, there’s clearly an addictive quality to Daytime Shooting Star. And the sole reason why I think it was so compelling to read was because (dare I say it) the love triangle.

I might be the black sheep with this confession but I’ve actually never been one that disliked love triangles if done well. My biggest annoyances with the bad ones have been when A) the triangle itself was completely unnecessary and could have been avoided but was there to add unwanted drama B) it became blatantly apparent who the protagonist would choose at the end early on and/or C) the author decided to take a cop-out and villainized one party so that the lead female would alternatively get together with the seemingly “nice guy.”

Luckily, there was none of that nonsense with Daytime Shooting Star. Instead, it excelled at the push and pull aspect of these sort of romances but in balanced moderation to minimize readers’ frustration. It was also pretty obscure throughout the entire series who the heroine would eventually pick. In fact, the mystery of the outcome was this manga’s greatest charm, in my opinion.

END_OF_DOCUMENT_TOKEN_TO_BE_REPLACED 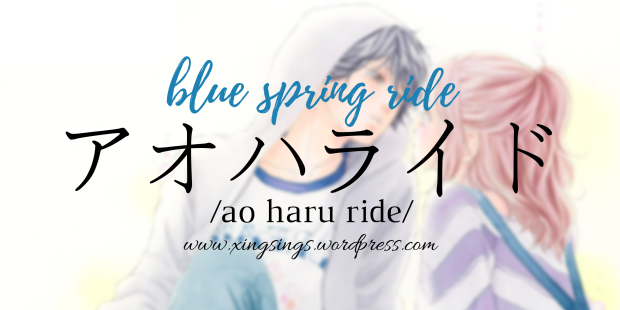 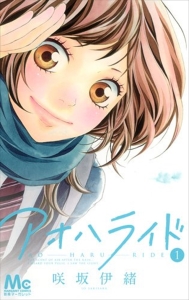 If I had to choose one word to describe this manga series, it would be the Japanese adjective, “懐かしい” (natsukashii). This term is difficult to translate into English accurately and completely, but it is often used to express a yearning for something, or a slightly nostalgic feeling of missing. As a non-native and amateur learning the foreign language for my own fun, how I’ve personally interpret natsukashii is the feeling you get when you’re reminded of the past. And Blue Spring Ride made me feel just that.

The story begins with two middle schoolers, Futaba Yoshioka and Kou Tanaka, that like each other making plans to attend a festival together during their school break. However, misunderstandings arise after Futaba accidentally blurts that she hates boys because of their obnoxious behavior. Kou hears her exclamation, and doesn’t meet up with Futaba the day of the event. Futaba believes that he stood her up for the outburst that he overheard, but really he couldn’t make it because of family issues. So she decides to address this misunderstanding when they return to school. But on the day of the new semester, Futaba discovers that Kou has already transferred schools to another town. With a lot of loose ends left and the strength of first love, the two never forget each other in spite of the distance. And then years later, fate makes them enrolled in the same high school. Will they finally face each other after all this time? And will the attraction they shared from the past be rekindled?

END_OF_DOCUMENT_TOKEN_TO_BE_REPLACED 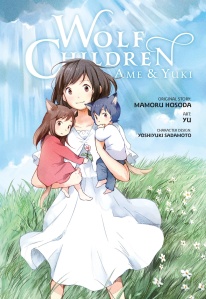 Wolf Children essentially begins as a love story between a young university student named Hana and an enigmatic man who attends her college but isn’t exactly a student there. As they begin to fall deeply in love, he reveals that he’s not human and transforms into a wolf. Unwavering, Hana still accepts the “wolf man” into her life. They happily get married and have two healthy children: Yuki born on a snowy day and Ame during heavy rain. All is well until Hana’s husband is tragically taken away from the family (this is not a spoiler-I checked and it was in the book’s cover flap as well as Goodreads’ synopsis), and subsequently she becomes a single mother. Unable to keep her wild and expressive children away from the prying eyes of the people in a densely populated city, she soon makes the decision to move to the countryside. And there she and her family will have to face other plights but also many joys as well. 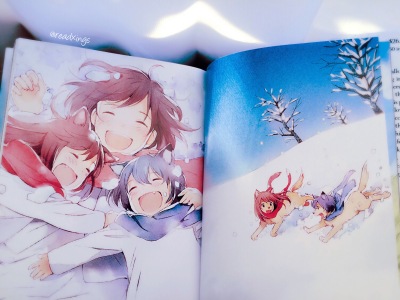